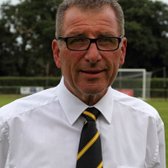 North Leigh FC chairman Pete King, who turned 71 this year, has announced he will step down from his position to enjoy his retirement.

North Leigh FC chairman Pete King, who turned 71 this year, has announced he will step down from his position to enjoy his retirement.

Nicknamed Mr North Leigh, the wind up of the 2018/19 season marks 51 years at the club for Pete who helped reform the side back in 1967 going on to be a player, manager, groundsman, secretary, chairman and all-time club legend.

Club secretary Sharon James believes the Millers owe much of their sustained success to King’s leadership. “Without him as the driving force the club wouldn’t be near the level it’s at today.”

His passion for the club is clear for all to see. “I’ve been chairman for three decades and it’s time now for someone younger with fresh ideas to keep developing the potential of this club.”

Since joining in the 70’s, he has played a big part in the club’s growth through the ranks in the Witney & District leagues, Oxfordshire Senior leagues, Hellenic leagues and has seen the side become a staple name in the Southern League finishing just short of the playoffs in 6th on 3 occasions.

The most capped player in North Leigh’s history, his defensive talents saw him crowned W&D league champion on several occasions but his most successful period was in the Oxfordshire Senior League winning the Premier Division five times in a row between 1985 and 1990.

Taking a step back will allow him to enjoy the club that his heart and soul runs through from a more relaxing seat in the George Hazell stand each week and after the stressful ‘Great Escape’ of last season, he can proudly state he has never seen the club relegated from a league in his 51 year spell at the Millers.

Commenting on the arrangements for replacing Pete, Sharon James added “Today’s news is about Pete, and all he has achieved for us. However, arrangements are in hand for a smooth and orderly succession and handover. I look forward to saying more regarding the future of the club after the club’s AGM next month”.